Studying non-STEM, nothing to be concerned about 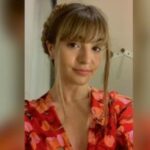 A bit about myself and some of my anticipations before joining Rockborne:

Before I talk about my experiences to date at Rockborne, I feel like it is important to give you some context on my background and the skills I had, or didn’t have, before joining as a consultant.

I will start by saying that I was very nervous before I joined, for numerous reasons. Not only was I moving away from a small idyllic village in Cornwall to a much faster pace of life, but I also severely lacked any coding knowledge (I had never touched Python or SQL).

To put it into perspective, I studied Geography at University, and whenever I mentioned that I was about to embark on my career as a data consultant, many people made light-hearted jokes about my “colouring in” degree. Yet, it was my Geography degree I had to thank for helping me realise I wanted to pursue a career in data. 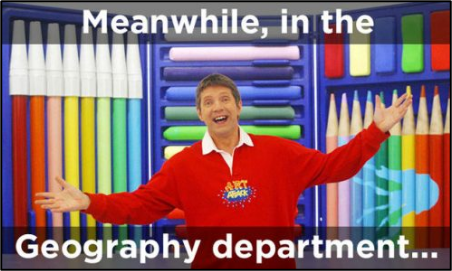 Despite what people may proclaim geography entails, it is far more data-based than people may realise. Indeed, throughout my degree, I produced a plethora of heat and GIS maps that harnessed spatial data to predict and support humanitarian responses to natural disasters.

The moment I realised I wanted to work with data was when I created my first scientific report. I often found myself toying around with my visuals and deriving insights for hours on end. Indeed, I frequently created graphs for my peers simply because I enjoyed front-end work so much.

Even though I had experience with and a strong passion for deriving insights from data analytics, I still had this overwhelming sense that I was going to be out of my depth compared to my STEM peers. In my head, I thought everyone on my training course would be anti-social, unsupportive, and insanely good at coding from the get-go.

I could not have been more wrong. 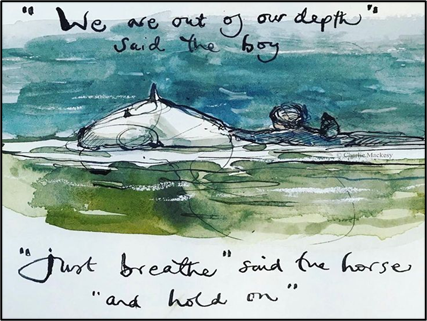 Indeed, on my first day at Rockborne, I recall being pleasantly surprised by how supportive, outgoing and sociable my cohort were. None of them were what I had anticipated at all. To this day, a year after training, we’re still extremely close and frequently meet outside of work. I’ve even gone on holiday with a few of the girls, as well as some rather boozy brunches.

As I expected, some of my cohort were naturally more advanced at programming than others. However, it became apparent that everyone had their own strengths and weaknesses.  I excelled at deriving insights and creating dashboards, but struggled more with back-end work.

Nonetheless, the gap in pipeline knowledge and coding skills among my peers severely reduced over time, largely due to the trainers who catered to all our levels of experience and brought us up to speed. I never once felt like I was being left behind in a sea of code. 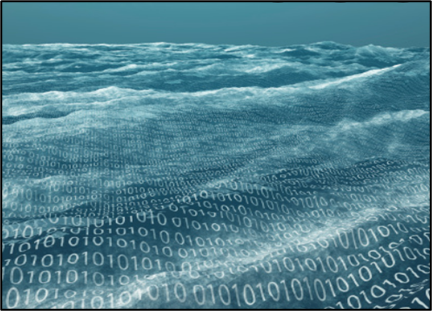 It’s strange now to look back at the worries I had before joining. Little did I know that not only would I develop so many vital technical and soft skills during my training, but I’ve made genuine friends for life.

A couple of weeks before my training period ended, I was selected to interview for a large British retailer for a role as a Credit & Risk Operations Analyst. To be frank, I was rather nervous about the interview as the interview’s structure was very vague. The Interview process depends largely on the client, some will outline the interview structure and whether they will ask more logical, technical, or competency-based questions. However, for the majority, it is mainly just an informal discussion about why you want to work with data and general information regarding your background and interests.

My placement interview felt very laid back compared to interviews I had previously done before Rockborne. As a result, I was able to express and articulate myself well and ended up landing the role.

How was the 30-minute interview structured?

0-10 minutes: General introductions and information on the role’s duties and wider team.

20-30 minutes: My turn to ask questions on the role and company. To be honest, this section went quite off-topic as we spoke about our shared interests in running and bands that had played at their work socials.

My experience on placement as a Credit & Risk Operations Analyst:

“How easy was it to transition from training to client site?”

Like starting any job, it took a month or two to fully settle into my new role. I would say that the training provided by Rockborne equips you with the fundamental technical knowledge in analytical tools (i.e., PowerBI and Tableau) and coding languages (Python and SQL, etc), but that the more advanced, business knowledge comes from learning on the job. It’s like someone preparing you for a standard interview, you have the knowledge and skills to do it, but the way you apply it differs based on the business or company context.

I think the biggest struggle for me initially was not necessarily with coding or the technical skills, but more understanding of where to find the data and what it represented. For instance, they gave me access to an extensive number of financial datasets with columns and values which were financial acronyms and lexis specific to this company, making it difficult for me to identify where and what data I needed. Fortunately, when I reached out to my colleagues, they directed me where to go and explained these terms. It turns out, that even after years at the company, my colleagues still struggled to find the data they required too due to the sheer number of options.

My company had a very supportive and collaborative work environment. If anyone was ever stuck, they felt comfortable approaching each other to ask for help on our group chat. My line manager also ensured that I had his support when I first started through daily 1-1s to express any concerns and see my progress until I felt more comfortable in the role, then they became weekly 1-1s.

I cannot express how at ease I felt transitioning into this role because of my team. They made me feel so welcome and it was not long till we all had inside jokes, even if I was mostly at the brunt of them!

“How did you find working remotely?”

There were certainly pros and cons to working remotely. At first, there seemed way more advantages than disadvantages. For example, it massively reduced my travel costs, and I was able to travel back home to Cornwall and stay for long periods to see my friends and family.  However, as a very sociable person, over time, I started to struggle with the lack of physical human interaction during my working hours.

To deal with this, I started to work from the Rockborne Office in Wimbledon to meet my friends who were also on placement and the new cohorts. This was probably the best decision I had made, as I could tell the lack of physical human interaction was starting to take a toll on my mental health. As a result, I’ve now made more friends in the other cohorts and improved my overall well-being massively. Plus, breakfast in the office is free (just saying).

“What did your typical day and duties look like?”

Every single day before I started my assigned workload, we would have a daily catch-up at 9 am which lasted between 10-30 minutes depending on what needed to be discussed. This was to help our team align and stay on track of our work. Though, inevitably sometimes we ended up discussing F1 or funny stories from the weekend.

Typically, the rest of my day would include refreshing, monitoring, or developing financial reports for my line manager. The required data was gathered using SQL and then analyzed in Excel into reports. However, if a new incident had occurred, such as a payment issue with a provider, I’d have to prioritise this and determine which customers were affected and resolve the issue (calculating interest redresses and altering the default stage for those individuals, etc).

“Was it hard to find a work-life balance?”

In my case, it was not difficult to find a good work-life balance since my contracted hours with the client (9:00 am – 5:00 pm) were very sociable. Therefore, I often had the evenings and weekends free to socialise with friends and family. Of course, like any job, there were evenings where I’d work later to finish tasks off, but this was on my own accord and was never expected by the client.

Additionally, the company that contracted me offered flexible working which meant that If I had an appointment or event to go to, I could make up my hours on other days of the week. For instance, my line manager let me have the afternoon off to go to the Big Data Conference in London with some friends, so I just made up the time elsewhere.

The company was extremely accommodating and valued their employees and developing their skills. For instance, in terms of my personal development, I was mentored by a fellow, more senior colleague who enhanced my SQL skills. Additionally, I had daily 1-1s with my line manager when I first started to discuss my progress and any concerns I may have, which then changed to weekly 1-1s as I became more comfortable in the role.

They also placed a large emphasis on internal recognition, inclusion, and building collaborative teams. For instance, you could submit colleagues to be “Employee of the Month” regardless of your position in the company. Moreover, they held many work events to celebrate the achievements of their staff or company anniversaries. I must admit, their summer festival-themed staff party was by far the best I have attended in my lifetime. It had everything you could dream of (all for free): rides, booze, food stalls, and a silent disco.

I’m a new starter at Rockborne, which means I’ve just escaped the brutal process of applying for job after job after job. Not one of the companies I applied to... 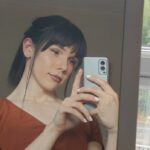 Coming from Innovation Engineering, I knew where disruption had its greatest impact and that is data, being exposed to a Big Data module I knew that is where my strengths... 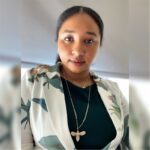 One thing about me is that I have always had a passion for aviation and that led me down the path of completing both my undergrad and master’s in aerospace... 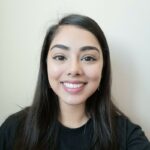